“When the final numbers came in, we were absolutely thrilled,” said Pepsi SpringJam Executive Producer Rendy Lovelady. “This was a fantastic event for Panama City Beach, and we can’t thank the city, the first responders, the parks department and so many others enough for all they did to make this a success.”

iHeartRadio 102.5, The Bull WDXB-FM’s Dollar Bill and 92.5 WPAP-FM’s Dr. Shane and Tess were fixtures on stage throughout the weekend giving fans updates, giving away prizes and introducing artists.

Visit Panama City Beach welcomed CMT as the exclusive national TV partner for Pepsi SpringJam. The network was on site taping an episode of “Hot 20 Countdown” which aired last weekend. The show’s co-host, Cody Alan, interviewed artists, chatted with fans and reported on the overall thrill of the event. The show also followed Cody singer/songwriter RaeLynn to a nearby lagoon, where she learned to paddle board, and he played ladder golf backstage with Kelsea Ballerini.

“The inaugural Pepsi SpringJam was a huge success,” said Dan Rowe, President & CEO of Visit Panama City Beach. “The event, along with the great weather, gave country music stars and fans an excuse to come enjoy the beach and explore everything that Panama City Beach has to offer.”

In addition, over 200 general admission tickets were donated to St. Jude Children’s Research Hospital as a thank you to donors becoming a Partner In Hope. Over $75,000 was raised for the hospital in their work to find cures and save children.
Wanna Win Tickets to Pepsi Gulf Coast Jam?

Thousands of fans have already purchased tickets for the fourth annual Pepsi Gulf Coast Jam, which Country Living Magazine listed as one of their “10 Can’t-Miss Country Music Festivals,” is set for September 2-4, 2016 in Panama City Beach. Eric Church, Brad Paisley, Jake Owen are scheduled to headline the event, and Brett Eldredge, The Band Perry, Lynyrd Skynyrd, Granger Smith, Sara Evans, Tyler Farr and others are a part of the exciting lineup.

Three-day tickets begin at $149, and various ticket packages can be viewed here. A variety of Preferred Lodging Packages in one of the country’s most beautiful beach locations are also available. 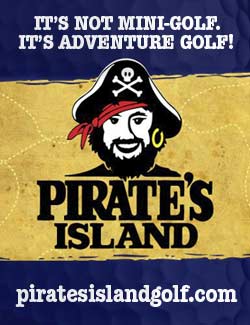